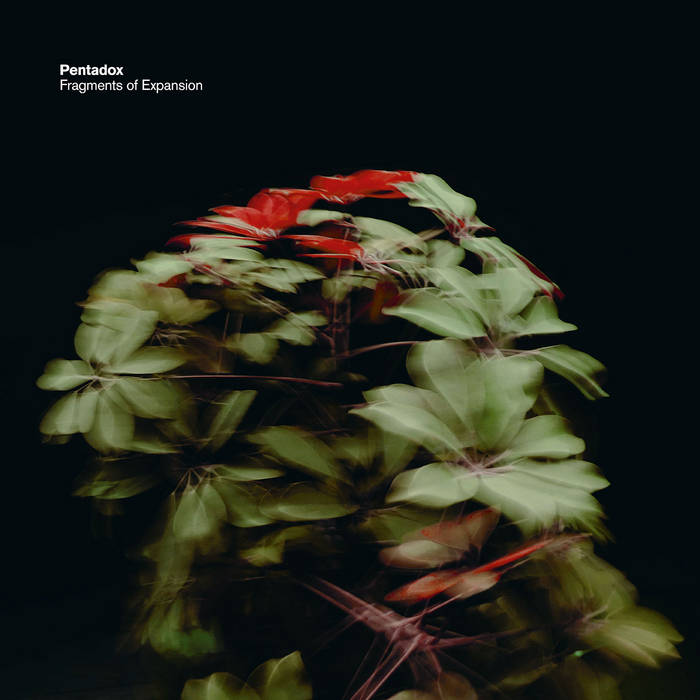 After a first project called “Between”, featuring saxophone players Bo Van Der Werf and Guillaume Orti, Pentadox now becomes an electro-acoustic sextet entitled “Fragments of Expansion”; by adding Lester St Louis on cello, Nick Dunston on double bass and Weston Olencki on trombone and electronics, the band uses this highly specific instrumentation to embark in an original direction with three new adventurous minds, who are all composers, improvisers and performers.
The possibilities for expanding a band’s sound are multiple, and Pentadox has opted for an inner approach by inviting musicians with whom they have already worked in the past (as it is the case for Dunston and Ber, or St-Louis and De Looze) but they have also chosen to include electronics as a tool which encourages deep interaction and opens up their sonic identity to a larger field of possibilities (by inviting Olencki). With “Fragments of Expansion”, the ensemble transforms into an intercontinental project with a long-lasting impact, from its start as a residency, to a recording and a first concert at Gent Jazz Festival 2019 to a subsequent release tour.
“This Erudite Freewheeling Will Undoubtedly Be Recorded In The Annals Of Ghent Jazz History.” – George Tonla Briquet – Knack
The interest of each of these musicians for composition, improvisation, interaction, experimentation and long-term projects is the starting point for this new project. The basic musical idea is: when we want to mix composition and improvisation, we (as musicians) often first compose some written material and then try to find an improvisational “space” into it. But what about the opposite approach? Which would mean: starting from improvisation, trying to structure it into the sound of “composition”. How to reach this point, where the interaction is deep enough to generate form, texture, melody, rhythm and harmony in a kind of synchronicity? How to switch the connections and roles between Content and Container ? During a residency in June 2019, the band will be working on opening the seemingly dualistic relationship between Composition and Improvisation to hybrid shapes, new meanings and original ways of interacting. Music notation, traditionally written on paper, will extend directly to the minds of the performers. The sonic result is predicted as unexpected, blending individual and group perceptions and subconscious into a sustained stream of multiple fragments. A bit like mirror bursts.

“Their Music, Which Hints At Influences From Classical, Avant-Garde And Improvised Music, Is – True To The Nature Of These Fantastic Musicians – Full Of Adventure And Breaking New Ground.” – Writteninmusic.Com

Bandcamp Daily  your guide to the world of Bandcamp